On the morning of April 4th, 2018, the Ningbo Municipal People's Government signed "The Cooperation Agreement" with Professor Zhu Jian's team of SUPCON, the SDIC Venture Capital Management Co., Ltd and Veken China in the Municipal Administrative Conference Center to jointly build the Series of Projects Related to "Ningbo Industrial Internet Research Institute" (Namely "One platform + three major industrial companies + one industrial park").The signature ceremony was presided over by the Standing Committee and Secretary-General of the Municipal Party Committee called Shi Huifang. It was signed by the Vice Mayor of the city called Chen Zhongchao, Professor Zhu Jian, the General Manager of the SDIC Venture Capital Management Co., Ltd called Gao Aimin, and the Chairman of Veken China called He Chengming contracts on behalf of all parties. It was witnessed by the Standing Committee of the Provincial Party Committee and Secretary of the Municipal Party Committee called Zheng Jiaojie, the Mayor called Qiu Dongyao, the Secretary-General of the Municipal Government called Zhang Liangcai, the Haishu District Party Committee Secretary called Sun Liming and the Chairman of CHINA SDIC GAOXIN INDUSTRIAL INVESTMENT CORP., LTD called Pan Yong together.

Subsequently, the Mayor of the Haishu District People's Government called Zhu Mengxiang, Professor Zhu Jian, the General Manager of the SDIC Venture Capital Management Co., Ltd called Gao Aimin, and the Chairman of Veken China called He Chengming signed "The Cooperation Agreement" on behalf of all parties to promote the construction of the Series of Projects Related to "Ningbo Industrial Internet Research Institute" jointly. 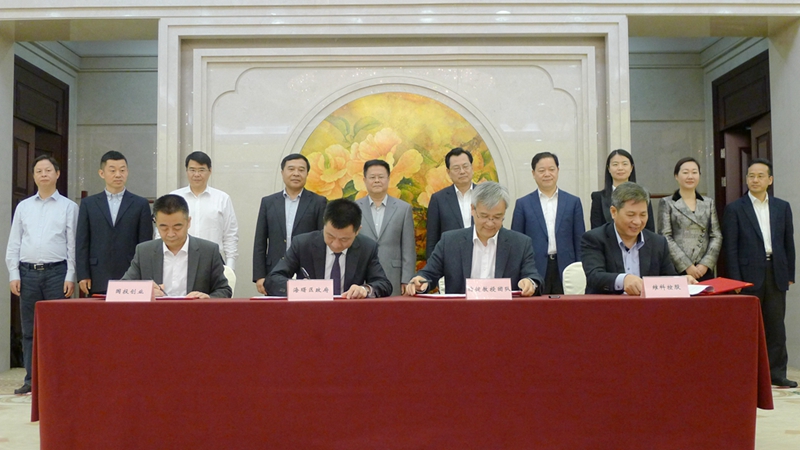 It will build an industrial Internet and related technological innovation and entrepreneurship platform, three major industrialization companies and a high-tech industrial park around the two national strategies of the manufacturing power and the Internet power in Haishu District. It is aimed to promote the transformation and upgrading of the digitalization, networking and intelligence of the Ningbo Manufacturing Industry, develop the local industry Internet platform service, the intelligent manufacturing technology service capability, the industry independent controllable technology and the service ability so as to assist in the construction of the national demonstration zone of "Made in China in 2025" in Ningbo City and a model for the transformation of Chinese scientific and technological achievements as well as the new momentum for the development of Ningbo City. 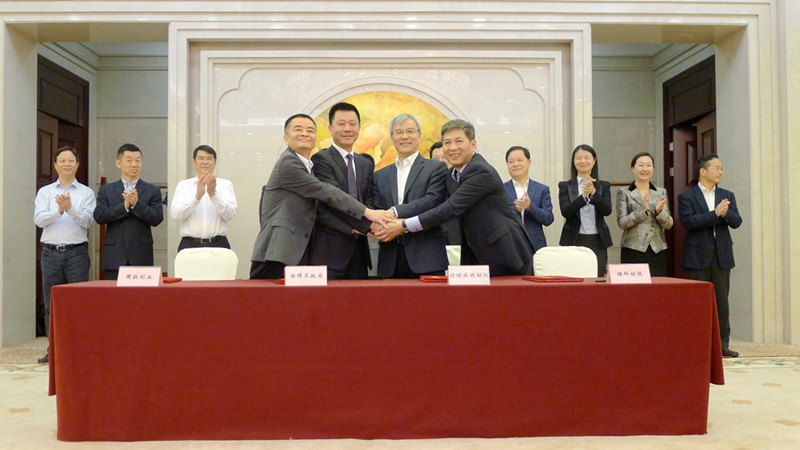 The implementation of the series of projects is also the forward-looking and key layout of the transformation of Veken China into a high-tech industrial investment group. We will further deepen the strategic cooperation with CHINA SDIC GAOXIN INDUSTRIAL INVESTMENT CORP., LTD and Professor Zhu Jian's team, and promote the investment and layout in the high-tech industry by any means, relying on the basic advantage of the advanced manufacturing industry in Ningbo City.